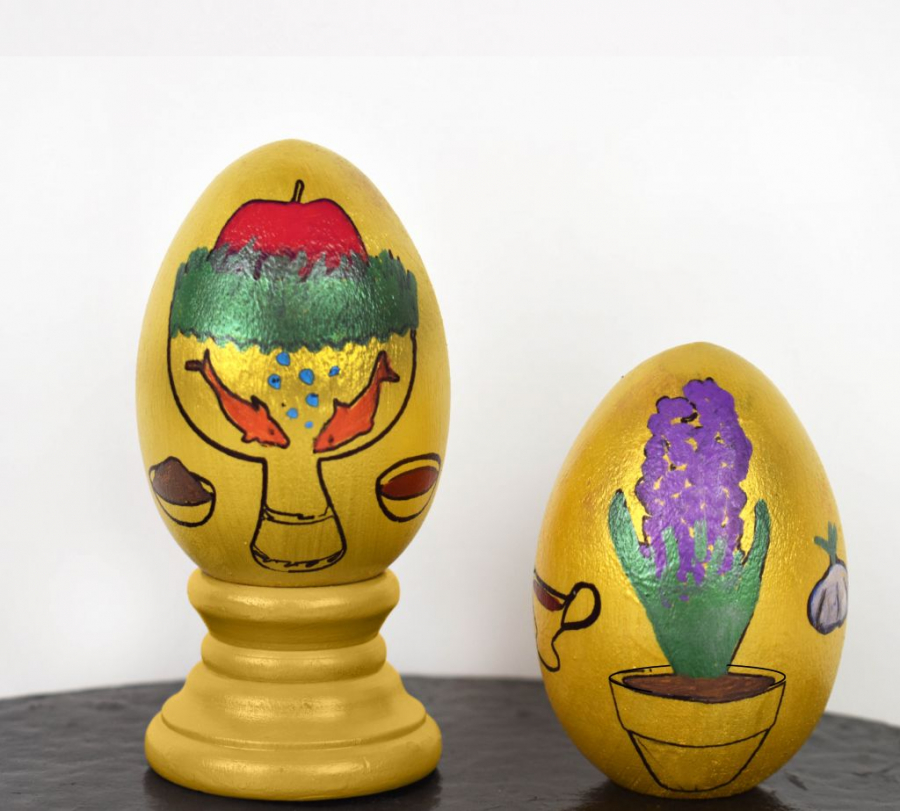 Be the first to review this product
$22.00
Availability:Out of stock
Overview
Details
Reviews
Return Policy
Shipping Cost and Policy
Details

All items of Haftseen on Wooden Egg by Mehrdad Badie

You can take it with you to school, to work, to tip, and even your pocket!!

This is one Item. The back and front of the egg is shown in this image.

The eggs will not break. You can collect new designs every year.

Great for Eidi and gift!

From Wikipedia:
(Persian: هفت‌سین‎; "seven [items beginning with the letter] sin (S)"), also spelled as Haft-seen, is an arrangement of seven symbolic items whose names start with the letter sin in the Persian alphabet.[1][2] It is traditionally displayed at Nowruz, the Iranian New Year's day, which is celebrated on the day of the vernal equinox, marking the beginning of spring on the Northern Hemisphere.
The following are the primary items of Haft-sin, whose Persian names begin with the letter sin in the Persian alphabet.
Sabze (سبزه) – wheat, barley, mung bean, or lentil sprouts grown in a dish.
Samanu (سمنو) – sweet pudding made from wheat germ.
Senjed (سنجد) – Persian fruit .
Serke (سرکه) – vinegar.
Sib (سیب) – apple.
Sir (سیر) – garlic.
Somāq (سماق) – sumac.
Other symbolic items that are typically used to accompany Haft-sin include a mirror, candles, painted eggs, a bowl of water, goldfish, coins, hyacinth, and traditional confectioneries. A "book of wisdom" is also commonly included, which might be the Quran, the Bible, the Avesta, the Šāhnāme of Ferdowsi, or the divān of Hafez.

Ship withing 3-5 business days to USA and within 10 days to other countries.